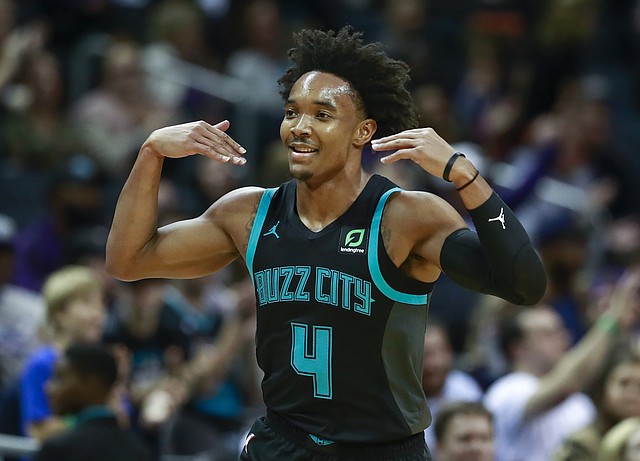 Charlotte Hornets guard Devonte' Graham gestures after making a 3-point basket during the second half of an NBA basketball game against the Orlando Magic on Monday, Dec. 31, 2018, in Charlotte, N.C. The Hornets won 125-100. (AP Photo/Jason E. Miczek)

An All-American during his final college season at the University of Kansas, Devonte’ Graham, like most rookies playing in the world’s premier basketball league, found himself recalibrating during his first season in the NBA as nothing came as easily as he was used to.