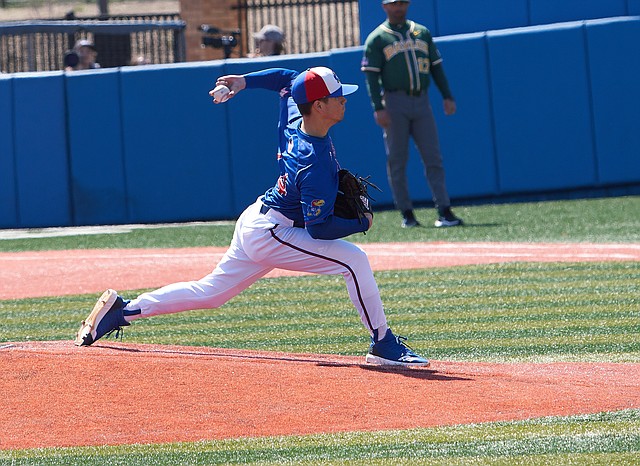 KU left-hander Eli Davis (44) throws a pitch during the series finale against Baylor at Hoglund Ballpark on Sunday, March 31, 2019.

Worth the wait: Lefty Eli Davis dazzles in home debut to lead KU baseball past Baylor

Six hundred seventy-seven. That’s the number of days between Eli Davis’ Tommy John surgery and his first collegiate home start. It proved to be well worth the wait, though, as the left-handed starter posted a terrific outing on the mound to lead Kansas past No. 25 Baylor, 12-7, during the series finale Sunday afternoon at Hoglund Ballpark. Shane Jackson