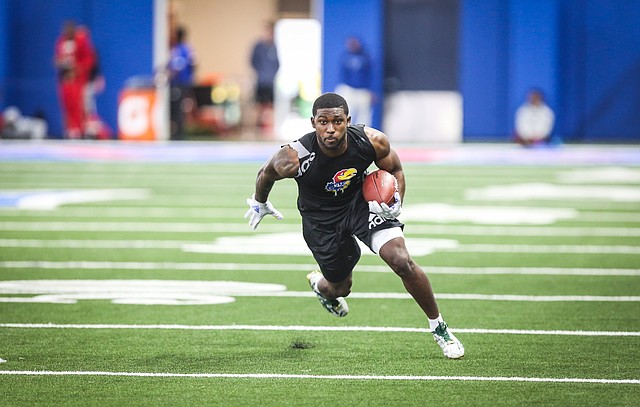 Former Kansas receiver Steven Sims Jr. sprints up the field after pulling in a pass during Pro Day on Wednesday, March 27, 2019 at the Kansas Football Indoor Practice Facility.

Even if he goes undrafted, Steven Sims Jr. confident he can impress an NFL team

With the NFL Draft this weekend, former KU receiver Steven Sims Jr. remains hopeful that some scout from some franchise will like what he saw out of him — even if that means his chance at the next level comes as an undrafted free agent. By Benton Smith