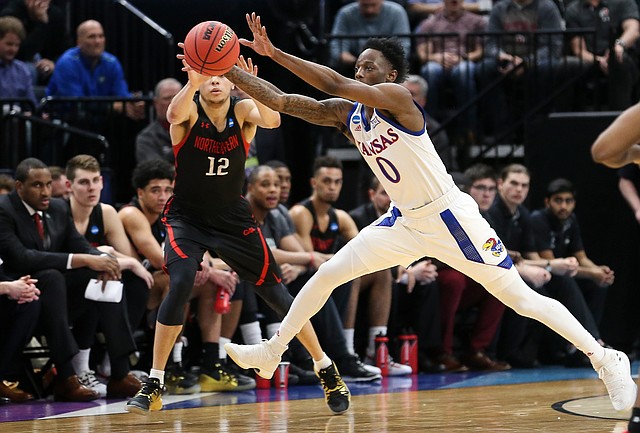 Salt Lake City — It took just six-plus minutes for Kansas sophomore Marcus Garrett to send a message. Garrett checked into the game at the 17:42 mark, and he struck a few minutes later. After he made a layup with 13:58 left in the first half, Garrett elected to pick up Northeastern senior Vasa Pusica as he dribbled up the floor.