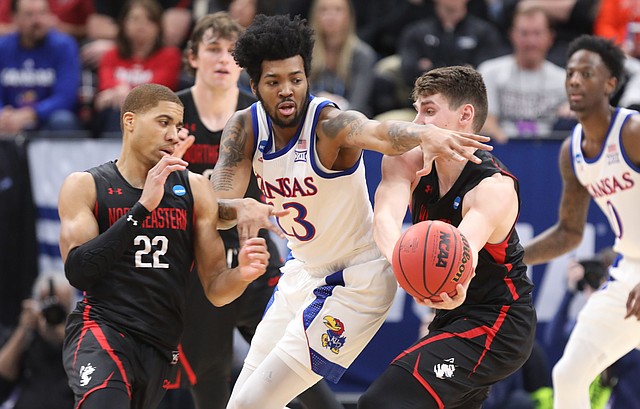 A source close to the Lawson family confirmed to the Journal-World late Thursday night that reports about KU sophomore K.J. Lawson entering the transfer portal were in fact true. By Matt Tait

Notebook: Jayhawks' defense rises to challenge on big stage in route of Huskies

Salt Lake City — Defense, defense, defense. That was the focus all week for the 4th-seeded Kansas men’s basketball team ahead of its first-round, NCAA Tournament matchup with hot-shooting Northeastern.