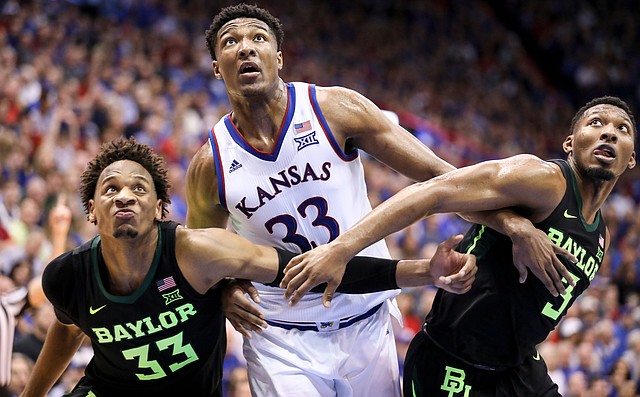 Kansas fans have grown accustomed to seeing the men's basketball schedule play out as one of the most difficult in the country year after year. But according to the initial 2020-21 KenPom.com rankings, which were released late Tuesday night, the upcoming season could present the Jayhawks with a tougher challenge than ever. By Matt Tait

A look at some of the keys for third-ranked Kansas in Saturday's home showdown with No. 4 Baylor at Allen Fieldhouse. By Matt Tait