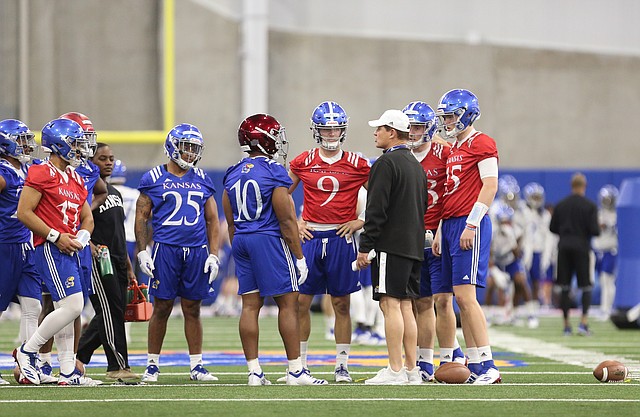 While head coach Les Miles chose not to divulge much about what has occurred behind closed doors during the program’s spring scrimmages, which double as rudimentary versions of a game day in the fall, he did make it known that he has seen some promise from the Jayhawks. By Benton Smith

When Les Miles met with media members shortly after the conclusion of his Kansas football team’s first spring practice on Wednesday evening, the program’s first-year coach didn’t want to reveal too much about his offensive philosophy at this early stage of the offseason. However, Miles proved to be a little more forthcoming about some of the competition going on at three key spots for the offense. By Benton Smith