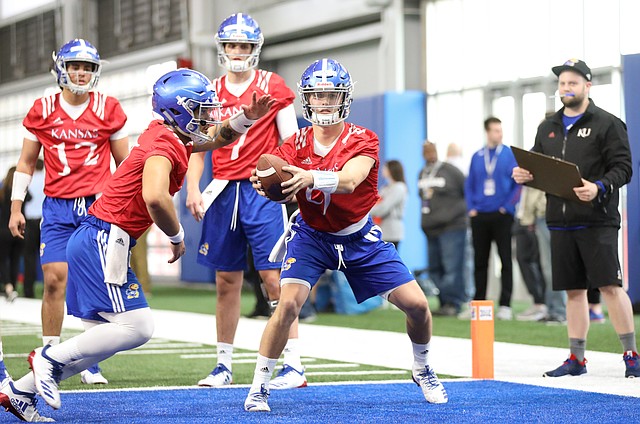 Notebook: Why Les Miles is sticking with Carter Stanley at QB

Les Miles wanted to rewatch his Kansas football team’s 12-7 loss to Coastal Carolina before doing anything drastic like saying he might need to make a change at quarterback. By Monday morning, when Miles spoke to the media for the first time since Carter Stanley threw two interceptions and only passed for 107 yards on Saturday, the head coach had decided no such extreme change was necessary. By Benton Smith

As Hurricane Dorian slowly headed toward the southeastern Atlantic coast on Monday, its coming impact was on the minds of members of both the Kansas football team and the Jayhawks’ next opponent, Coastal Carolina. By Benton Smith

What better person to ask about the Jayhawks’ current situation at QB, considering this is Round 4 for Carter Stanley when it comes to vying for the most prominent starting job? By Benton Smith