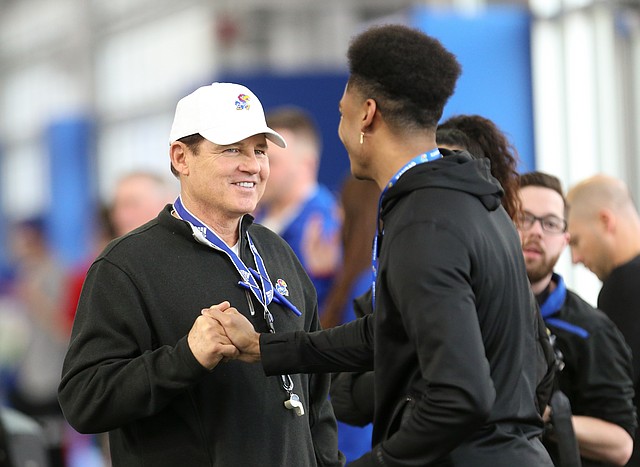 The morning after KU’s final spring practice, the staff embarked on what was branded as “Operation Capture KC,” to open the current evaluation period. By Benton Smith

From the day he first flew to Lawrence and was introduced as the new head football coach at the University of Kansas, Les Miles made clear his intention to recruit as much in-state talent as possible. His plan of attack, Miles shared months later, after KU signed three high school standouts from the Sunflower State in its 2019 recruiting class, was to identify local recruits as soon as possible. By Benton Smith