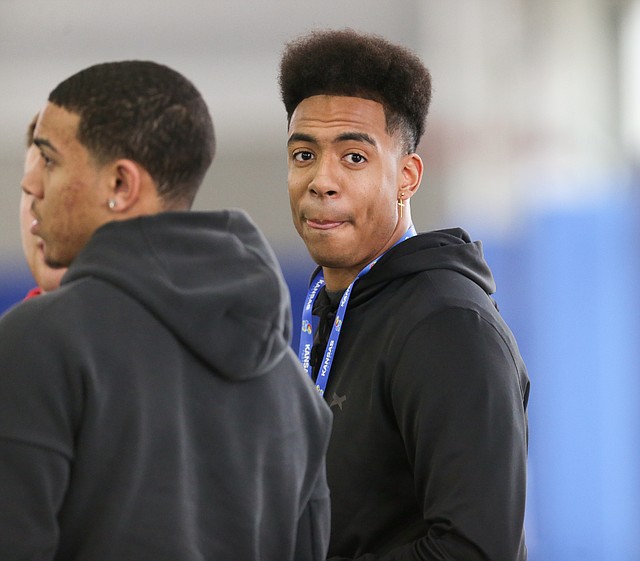 One of the first players to commit to Les Miles once he took over the University of Kansas football program late this past year, Jayden Russell won’t play for the Jayhawks in Miles’ first season after all. By Benton Smith

Although he said as recently as a week ago that he planned to join the Kansas football program this summer, that will not be the case for Class of 2019 signee Jayden Russell. By Benton Smith

Before Jayden Russell arrived in Lawrence on Sunday to move into his apartment with fellow Kansas football freshmen Gavin Potter, Valerian Agbaw and Kenny Logan, Russell didn’t know all of the details of what awaited him and the numerous other newcomers officially joining the program this weekend. Even so, Russell was sure of one thing. By Benton Smith