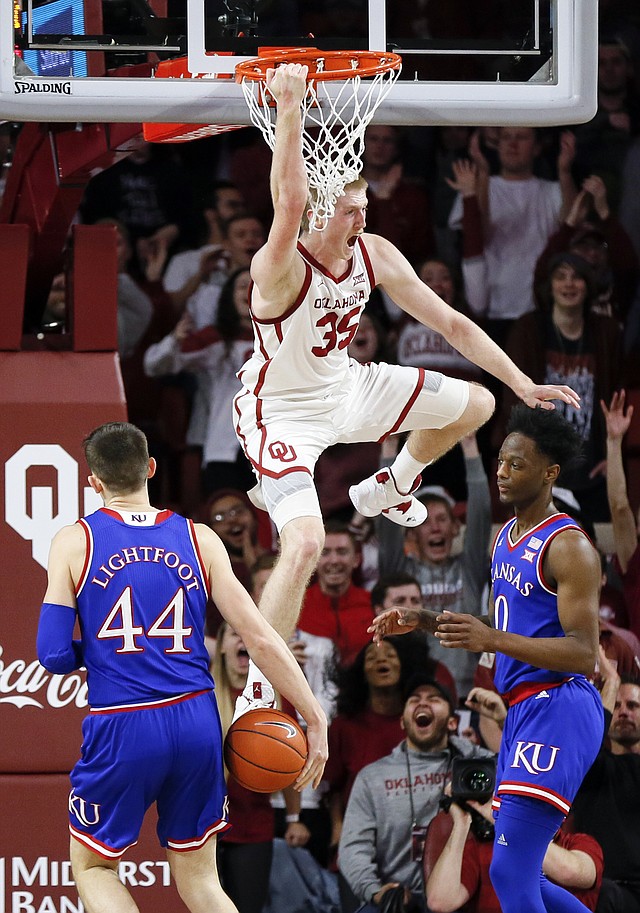 This Is The End: Kansas overwhelmed by Oklahoma, ending KU's quest for another Big 12 title

Norman, Okla. — The Kansas Jayhawks left nothing to chance on Tuesday night. Instead of a spirited effort that would take the conference race down to the final day and at least give the Jayhawks a glimmer of hope of extending their NCAA-record streak of 14 consecutive conference titles to 15, the 13th-ranked Jayhawks showed up dead flat at Lloyd Noble Center and watched Oklahoma run away from them from start to finish during a 81-68 OU victory that put the Jayhawks two games behind Kansas State and Texas Tech with one game to play. By Matt Tait