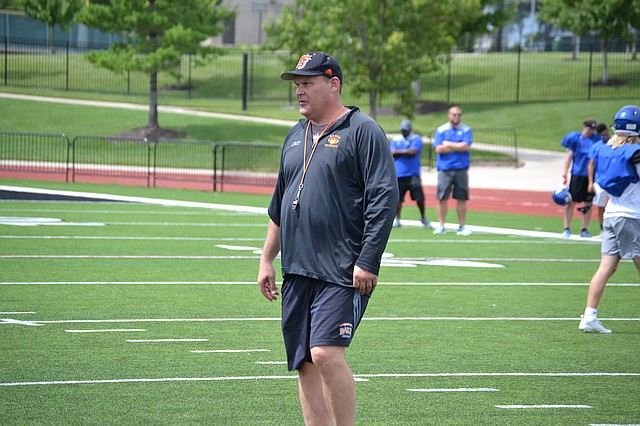 Baker football coach Jason Thoren walks toward a player during a summer camp at Free State High on Wednesday, June 26, 2019.

Four months into his new role as the head football coach at Baker University, Jason Thoren is exactly where he believes he belongs. Sliding into the head coach’s office to replace former Baker coach Mike Grossner, Thoren acknowledges that there are a few differences about his new job and the one he did under Grossner for the past 15 years. By Matt Tait