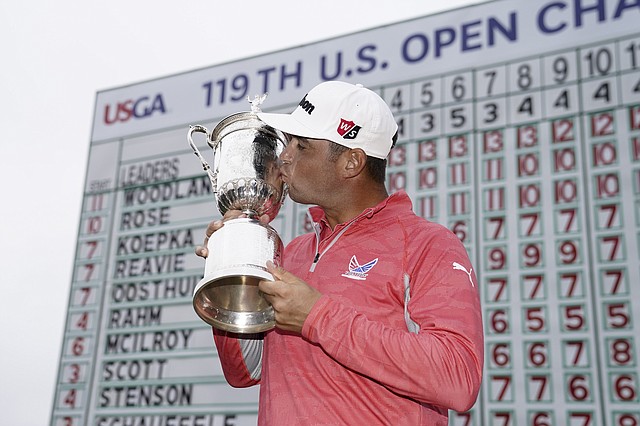 Gary Woodland's U.S. Open title defense begins with a special introduction before a recent practice round

Former University of Kansas golfer Gary Woodland is in New York this week, preparing to defend his U.S. Open crown at Winged Foot Golf Club. But before moving on to make new memories of what he hopes will be another run to claim the U.S. Open Championship Trophy, Woodland received a special surprise to kick-start his Tuesday practice round. By Matt Tait

'One of the coolest things to happen to Kansas Athletics': Bill Self captivated by Gary Woodland's U.S. Open victory

Kansas head coach Bill Self has played a couple rounds with pro golfer Gary Woodland, but the very first hole is still a vivid memory for the Hall of Fame coach. It was the first hole at the Lawrence Country Club, which is approximately a 365-yard par-4. Woodland, who played golf at KU from 2004-07, placed his tee shot on the green. He then netted a 20-foot putt for an eagle. Shane Jackson