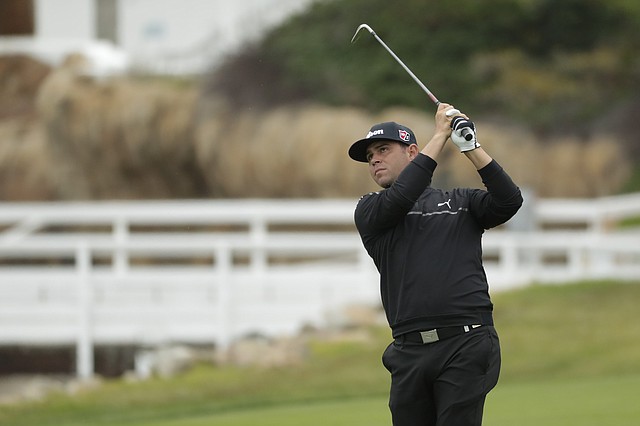 Gary Woodland hits from the fairway on the fourth hole during the second round of the U.S. Open Championship golf tournament Friday, June 14, 2019, in Pebble Beach, Calif.

Former Kansas golf standout and 2019 U.S. Open champion Gary Woodland said he felt "a little lost" after the PGA Tour's decision to postpone its season and the cancellation of March Madness. By Matt Tait

In his first tournament since winning the U.S. Open at Pebble Beach, former University of Kansas golf standout and Topeka native Gary Woodland is experiencing a whole new way of life on the PGA Tour.

A three-time winner on the PGA Tour but still in search of that elusive first major championship, former University of Kansas golf standout Gary Woodland roared his way to the top of the U.S. Open leaderboard on Friday. By Matt Tait