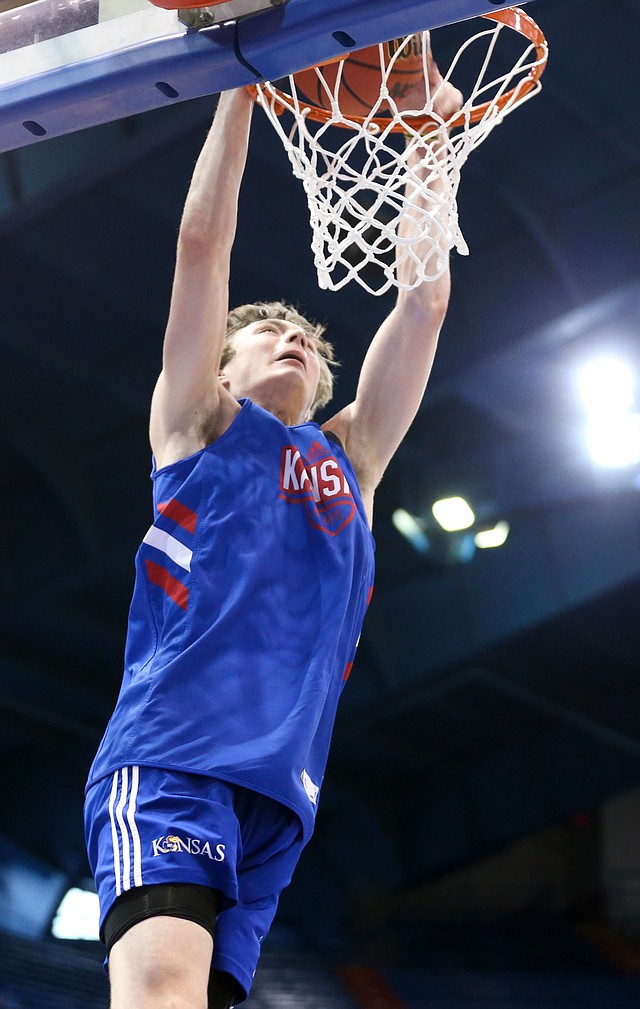 According to his roommate, Christian Braun, KU junior Silvio De Sousa has spent more time in the gym this summer than in their room. And while that setting has provided the 6-foot-9 forward from Angola with the perfect place to work on his game and release his endless amount of excited energy from regaining his eligibility, it also has been a good vantage point for De Sousa to see Braun in action. By Matt Tait

With the count of recent MOKAN players at Kansas now up to four, head coach Chris Neff needed just three words to explain his feelings about Chris Teahan, Ochai Agbaji, Christian Braun and Dajuan Harris all joining the Jayhawks. By Matt Tait