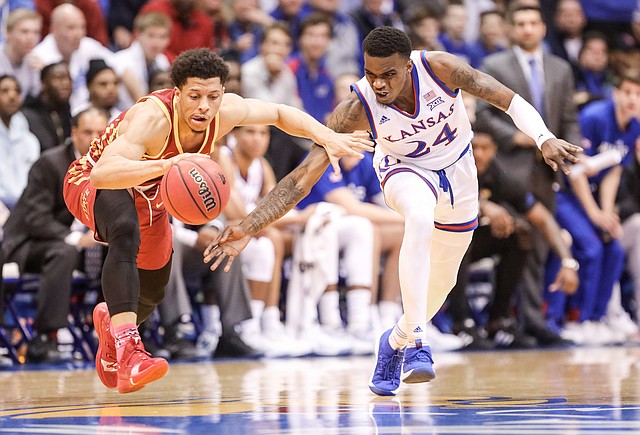 The Big 12 title race is far from over, with at least 10 games remaining for each of the league’s 10 teams. But as perennial champion Kansas approaches the midway mark on the conference schedule, Bill Self’s Jayhawks find themselves in an unfamiliar position, with little elbow room existing between themselves and four other contenders to their throne. By Benton Smith

One way or another the four-way tie atop the Big 12 standings was getting broken up by the end of Big Monday at Allen Fieldhouse. At least for a day. The winner of Kansas State-Texas Tech will get a chance to join Kansas 20-some hours after the fact, but until then, the conference lead belongs to the Jayhawks.