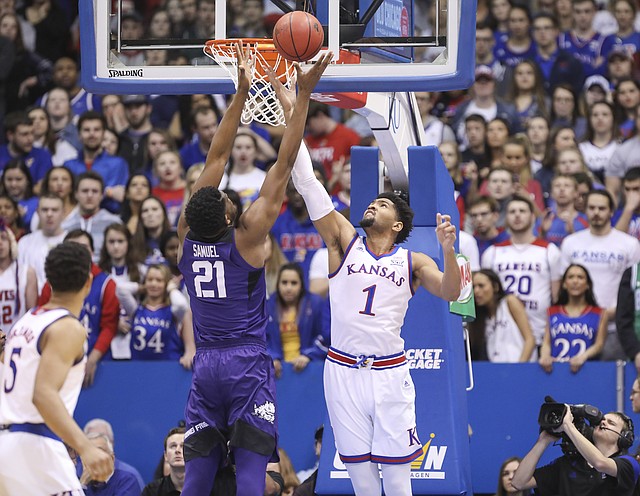 Kansas forward Dedric Lawson (1) battles for a rebound with TCU center Kevin Samuel (21) during the first half, Wednesday, Jan. 9, 2019 at Allen Fieldhouse.

Quick recap: No. 7 Kansas bounces back to claim win over No. 25 TCU

Few things are as automatic as a Bill Self-led Kansas team bouncing back from a loss. Following its first conference defeat of the season, No. 7 Kansas got back in the win column with a 77-68 victory over No. 25 TCU Wednesday night at Allen Fieldhouse. The Jayhawks are now 87-11 in games following a loss over the last 16 years, which is the best win percentage in the nation in such contests.