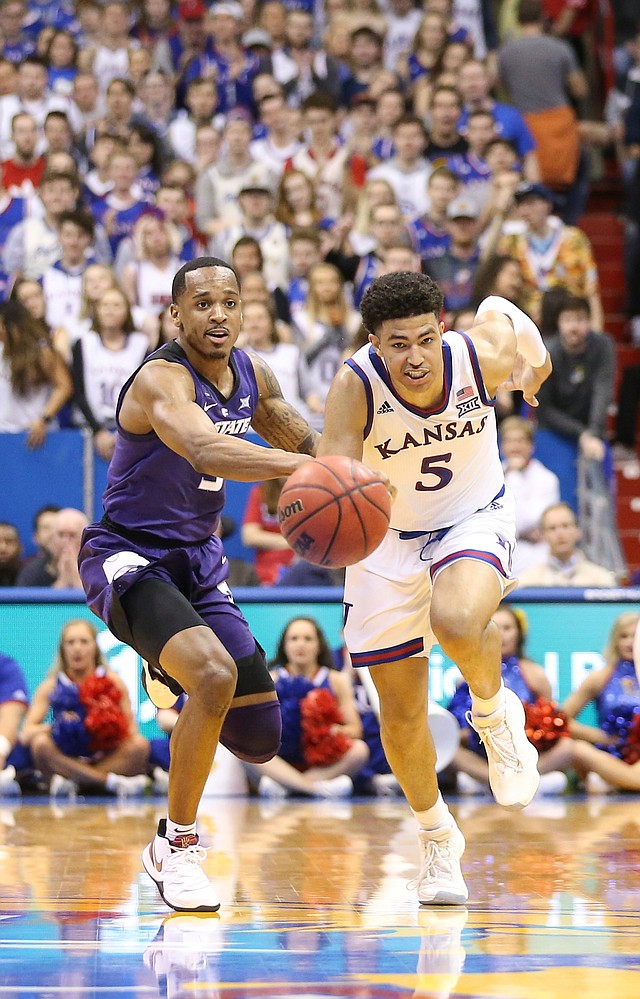 Kansas freshman Quentin Grimes is not staying in the NBA draft, but he is not returning to KU either. Through a release from the Kansas basketball offices, Grimes on Wednesday evening announced his intention to transfer to another university for the 2019-20 season. By Matt Tait

Jayhawks measured at combine; Grimes and Dotson reportedly undecided on staying or returning

If you ever deliberated about exactly how tall Devon Dotson is or how long Dedric Lawson’s arms are, well, wonder no more. Plus, both Quentin Grimes and Devon Dotson said at the NBA combine they're undecided at this point on whether they will stay in the draft or return to KU. By Benton Smith

Dubbed a one-and-done player when he signed with Kansas in November of 2017, freshman guard Quentin Grimes made that fate official on Wednesday, when he announced on Twitter that he was declaring for the 2019 NBA Draft. By Matt Tait

In the Jayhawks' uphill pursuit of a league title, two glaring obstacles remain. This Kansas team (21-7 overall, 10-5 Big 12), which is 2-7 on the road, must win back-to-back road games: Saturday at Oklahoma State and Tuesday at Oklahoma. Now that there’s a palpable urgency to their circumstances, will that spark the Jayhawks on the road? By Benton Smith