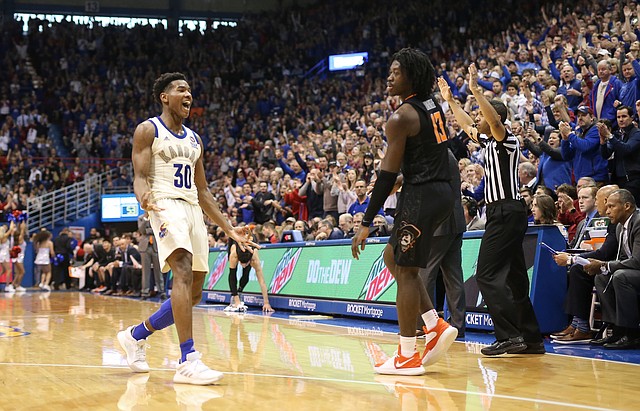 A look at some of the keys for sixth-ranked Kansas in Saturday's road matchup with Texas in Austin. By Matt Tait

Bill Self’s Kansas basketball team will open the regular season ranked No. 3 in the Associated Press poll. By Matt Tait

A look at some of the keys for 15th-ranked Kansas in today's key, Big 12 road clash at Oklahoma State. By Matt Tait

A look at some of the keys for 14th-ranked Kansas in today's rematch with West Virginia at Allen Fieldhouse. By Matt Tait

Ochai Agbaji wasn’t supposed to play this season. The Kansas basketball team, it appeared, didn’t need the freshman guard from Kansas City, Mo. Sure, KU’s coaches loved his longterm potential. But Agbaji could take a redshirt year and the Jayhawks would be just fine without him, what with their McDonald’s All-Americans and returning players with Final Four experience. By Benton Smith