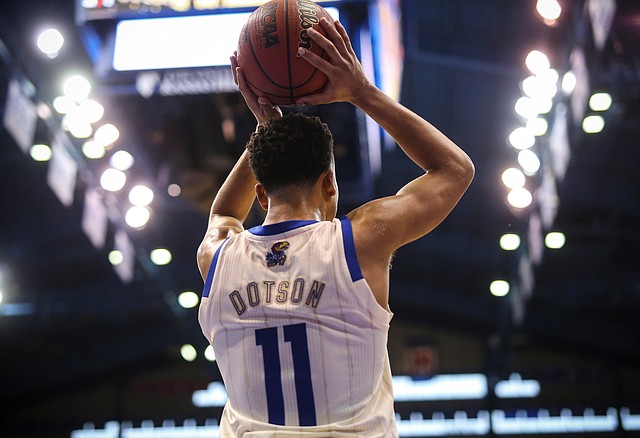 Kansas guard Devon Dotson (11) inbounds the ball during the second half, Saturday, Feb. 9, 2019 at Allen Fieldhouse.

With exactly three hours remaining before the deadline for underclassmen to pull their names from the NBA draft pool, Kansas freshman Devon Dotson did exactly that. The KU point guard announced his decision to return to Kansas for his sophomore season on Twitter at 7:59 p.m., saying simply, “Got a whole lot more in store. Year 2. Let’s Riiiiddeeeee!” By Matt Tait