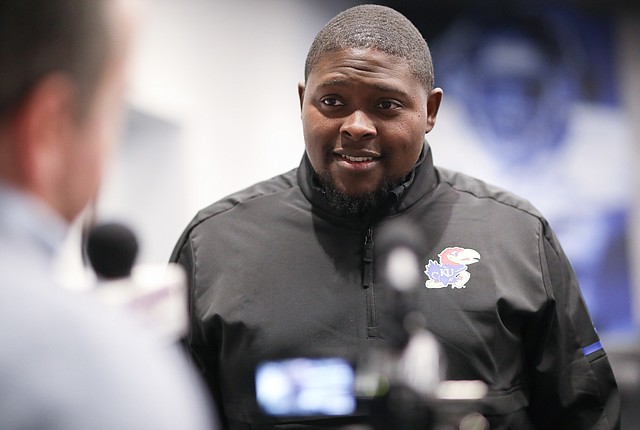 Two of the assistants Les Miles hired shortly after becoming the head coach of the Kansas football program are officially coming back for a third year on Miles’ staff.

During his eight seasons as a college football coach Kansas defensive line coach Kwahn Drake has become a bit of an expert at starting over. By Matt Tait