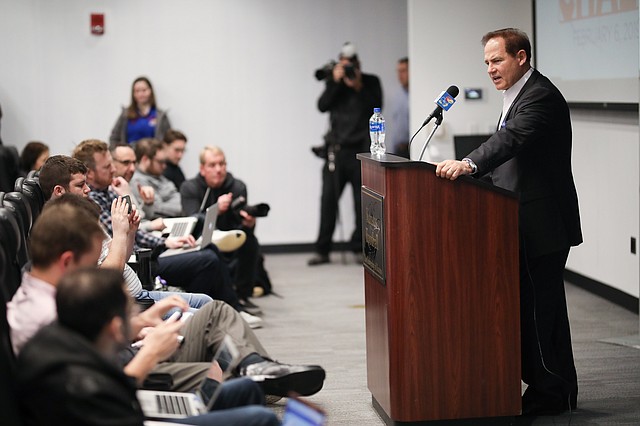 Though Les Miles could be seen wearing the purple and gold colors of his former employer, LSU, this past weekend at a charity event in Metairie, La., the head football coach spent much of his time sharing his thoughts on what he hopes to build at the University of Kansas.

On the second Sunday of December, new Kansas football coach Les Miles got his first commitment for the program’s 2019 recruiting class. By the first Wednesday in February, also known as National Signing Day in the college football universe, Miles was able to laud 19 prospects who will become a part of his debut season in Lawrence this coming fall. By Benton Smith