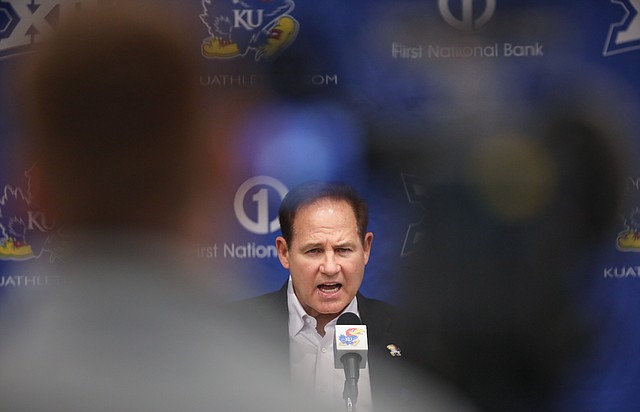 Although he has gotten used to it by now, Kansas football coach Les Miles’ first attempt to coach his team in a virtual setting this spring proved to be a challenge. By Matt Tait

It doesn’t matter where you look or who you talk to, everybody wants to make the upcoming Kansas football season about new head coach Les Miles. Except Les Miles. By Matt Tait

As much of an emphasis as Les Miles puts on recruiting, maybe he should have seen the wave coming. By Benton Smith

Acting was a 'passing fancy' for football lifer Les Miles

Les Miles never thought while in between head coaching jobs he’d suddenly find himself in another line of work. But that’s what happened to the up for anything football coach when, during his downtime, a friend of Miles’ put him in contact with an executive producer on a small budget movie.By Benton Smith