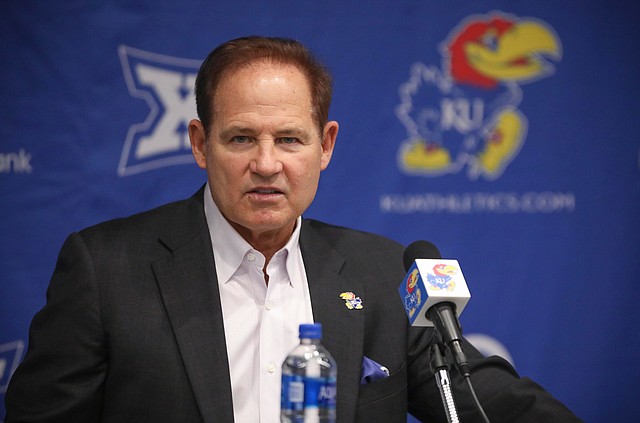 A specific series of events had to unfold for Les Miles to become the football coach at the University of Kansas. And if a program near to his heart had ever offered him the head coaching job, it’s unlikely Miles ever would have ended up in Lawrence. By Benton Smith

Jayhawks about to experience first practice under Les Miles' guidance

They’ve met him, spent time around him inside Anderson Family Football Complex and even sprinted through conditioning drills as his watchful eyes observed. But now players in the Kansas football program will get to find out what it’s like to truly be coached by Les Miles. By Benton Smith

When Les Miles was introduced as the next Kansas football coach back in mid-November, a fairly significant portion of the story of his hiring was about a big name coach with a national championship ring returning to the college sidelines for the first time since being fired by LSU in 2016. But Miles no longer is focusing on his part in this story. By Matt Tait