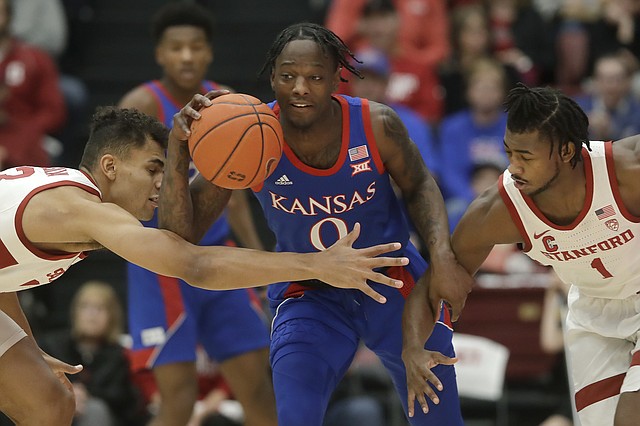 Jayhawks jump two spots to No. 3 in latest AP poll

Sunday’s win at Stanford, coupled with a big win by their next opponent over No. 2 Ohio State, was enough to clear the way for the Kansas Jayhawks to climb in this week’s Associated Press Top 25 poll. By Matt Tait

Thanks to a dominant defensive effort out of the gate, No. 5 Kansas earned a 72-56 road win over Stanford Sunday afternoon.