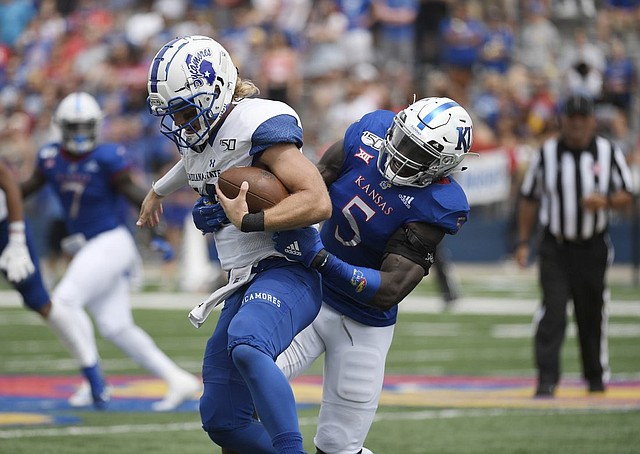 For the first time since 2015, the Kansas football program will have multiple representatives at the NFL’s scouting combine. Azur Kamara, a 6-foot-4, 235-pound athlete who played outside linebacker and defensive end during his two years at KU, found out this past weekend, during the latest round of invites, that coaches and personnel decision-makers in the NFL want to have a closer look at him. By Benton Smith

Call the Kansas football team's 24-17 victory over Indiana State a good first step in the Jayahwks’ quest to replace the sizable hole left in the lineup by the departures of Joe Dineen and Daniel Wise. By Matt Tait