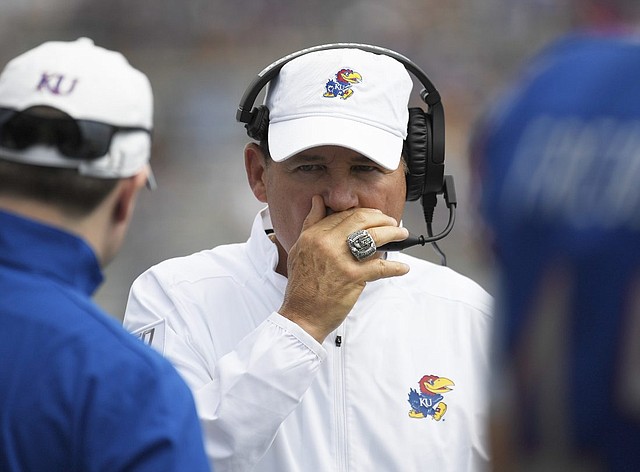 Head coach Les Miles wanted to go for it on fourth down in the opening minute of the fourth quarter against Coastal Carolina and he had to go for it again in the final minutes, with no time outs left. Neither play resulted in a first down. Throw in a failed fourth down conversion in the third quarter of the Jayhawks’ loss to CCU and one that came up short a week earlier and they’re 0-for-4 in those situations through two games. By Benton Smith

It wasn’t always pretty, but the Les Miles era got off on the right foot.