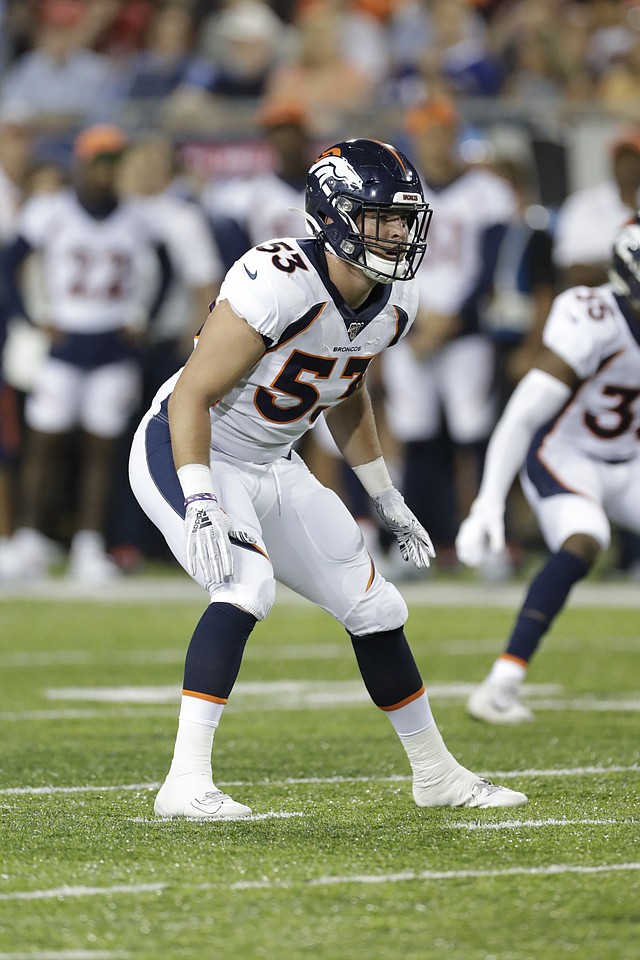 Report: Joe Dineen out for remainder of preseason

A hand injury he suffered during Denver’s Monday Night Football exhibition earlier this week is expected to keep former Kansas linebacker Joe Dineen out for the remainder of the NFL’s preseason.