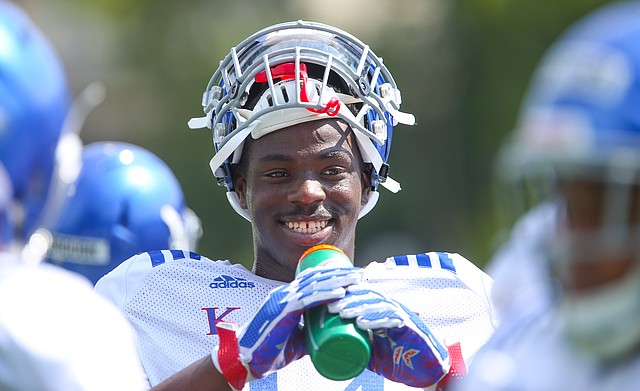 KU linebacker Steven Parker dubbed one to watch during 2020 season

After playing four games during his true freshman season, Kansas linebacker Steven Parker is being regarded by 247 Sports analyst Chris Hummer as one of college football’s redshirt freshmen who should not be forgotten. By Matt Tait

'There's no time for hesitation': True freshmen expected to contribute for KU football

Although not one is a projected defensive or offensive starter for the Kansas football team’s season opener on Saturday versus Indiana State, true freshmen are expected to contribute for the Jayhawks out of the gate in Les Miles’ first season as head coach. By Benton Smith

Emmett Jones coaches the receivers on the University of Kansas football roster. But not a day goes by without Jones staying in the ear of outside linebacker Steven Parker. By Benton Smith