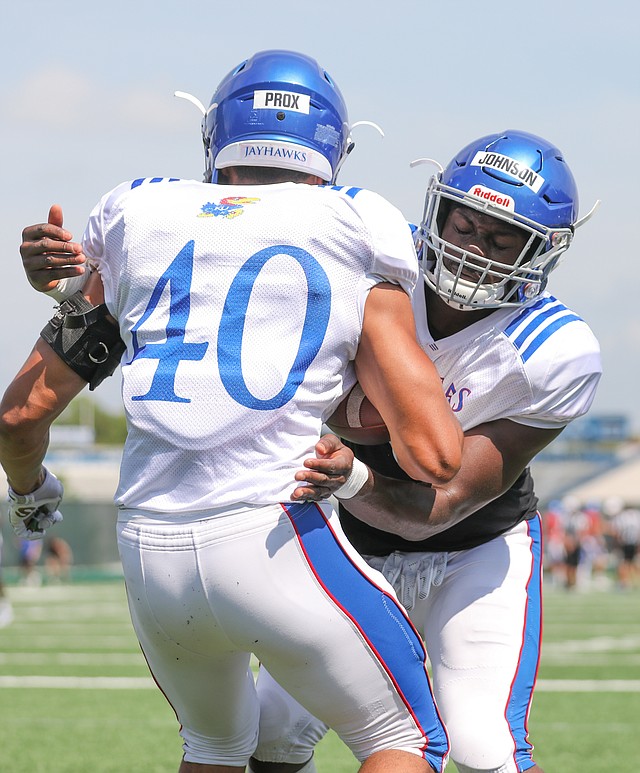 It has become a routine during preseason camp. Shane Jackson

'It just feels right to me': Kyron Johnson making natural transition to inside linebacker