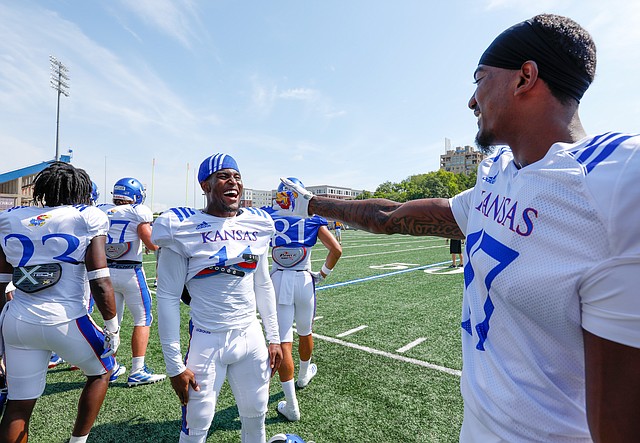 Kansas safety Mike Lee, center, and cornerback Elijah Jones have a laugh during a break from practice on Friday, Aug. 9, 2019.

By now, you have surely seen it. This past weekend, a video from a Kansas football team meeting surfaced via social media. KU head coach Les Miles, who is now a little over two weeks away from his debut with his new team, was captured dancing to ‘Before I Let Go’ by Frankie Beverly & Maze. Shane Jackson