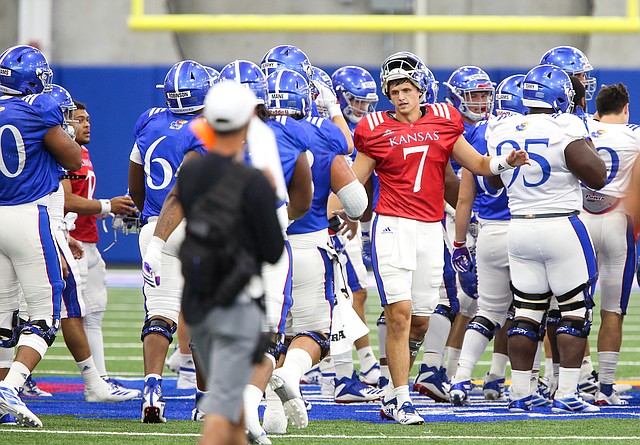 After 1st camp scrimmage, Les Miles thinks Jayhawks 'ahead of where they need to be'

As much as Les Miles enjoyed his first four preseason practices as the head coach at the University of Kansas over the course of the past week, it was the fifth one that he looked forward to most. By Benton Smith