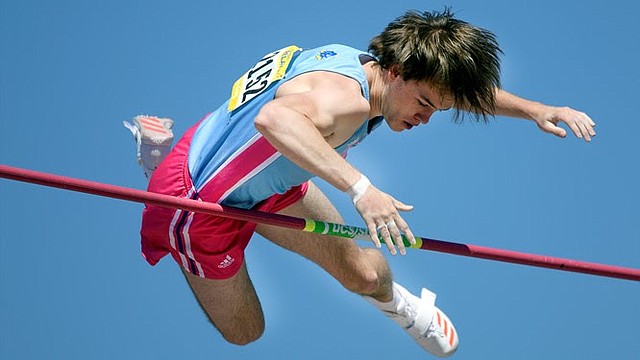 Kansas freshman Zach Bradford soars over the bar during the pole vault event at this weekend's Kansas Relays at Rock Chalk Park. Bradford broke a 36-year-old KU record in the event by clearing 18 feet, 11 inches during one of his attempts on Saturday, April 20, 2019.