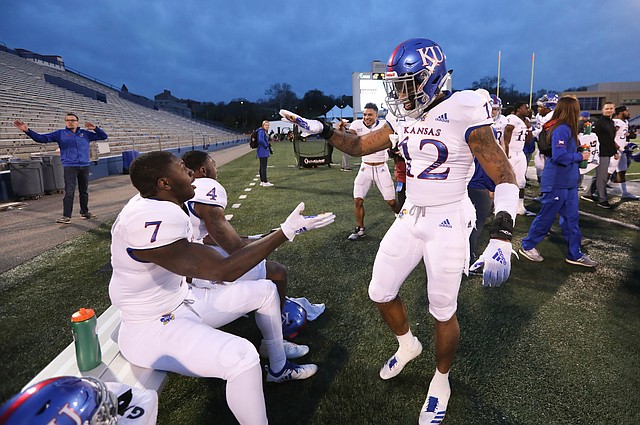 White team safety Jeremiah McCullough (12) slaps hands with safety Davon Ferguson after Ferguson's interception for a touchdown during Late Night Under the Lights on Saturday, April, 13, 2019 at Memorial Stadium.