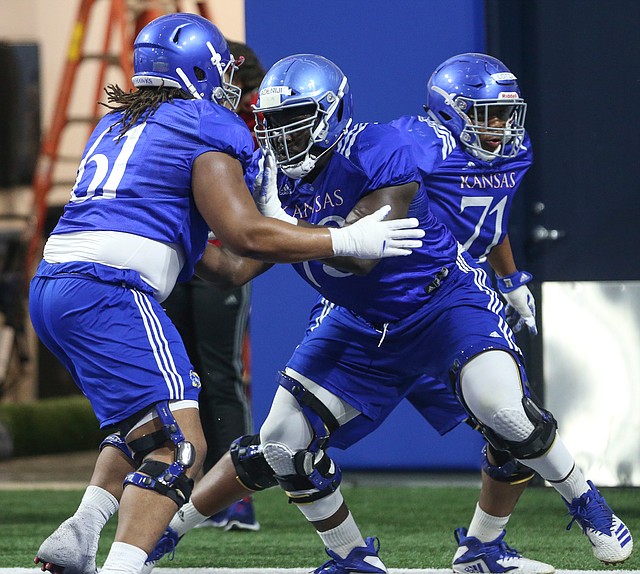 Continuity expected to benefit KU O-line, with lack of 2019 signees

When Les Miles introduced his first signing class at the University of Kansas this past February, the head coach provided some sort of details about every incoming prospect. Not one of them was an offensive lineman. By Benton Smith