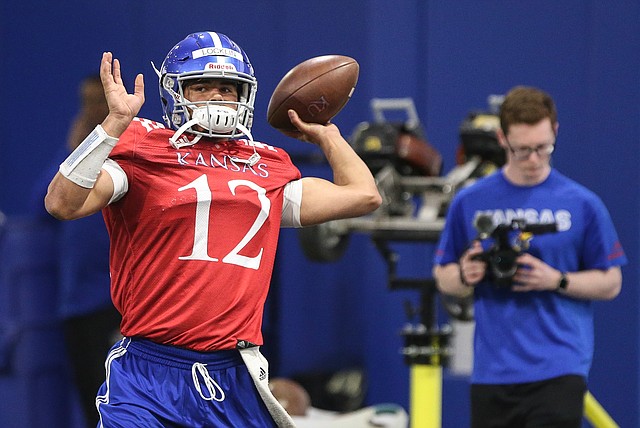 Kansas multipurpose athlete Torry Locklin pulls back to throw a pass during a practice on Thursday, April 4, 2019 at the indoor practice facility.