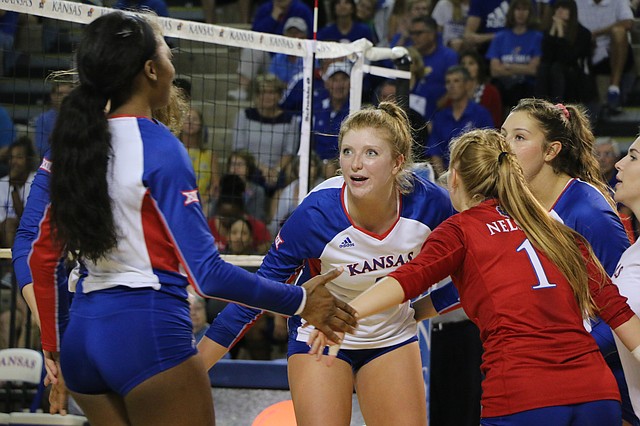 KU volleyball plans to lean on defense against Texas

On the whiteboard outside the Kansas volleyball locker room of Horejsi Family Athletics Center, libero Allie Nelson wrote down three words in all caps, underlined it, and signed her name next to it as a way of letting her team know she wrote it.

Darrin McBroom, coach of the Drake Bulldogs, kept pacing himself late in the fourth set. Kansas had just snapped a three-point run at set point, claiming a fourth-set win and the match to deal the Bulldogs their second straight loss.