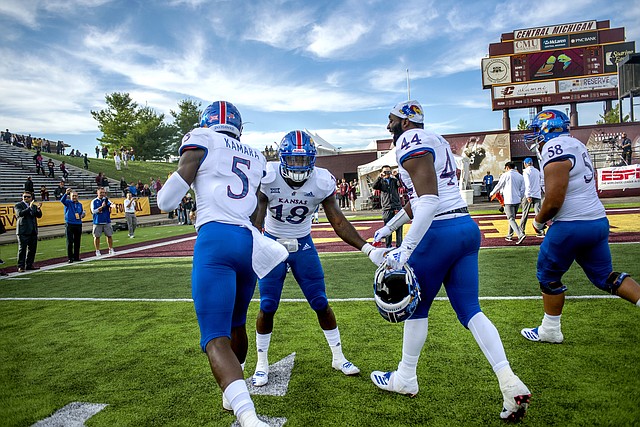 Inside the visiting locker room at Kelly/Shorts Stadium in Mount Pleasant, Mich., this past Saturday, after he became the first Kansas football coach to win a road game since Mark Mangino’s final season, in 2009, David Beaty received the game ball as the Jayhawks celebrated. He didn’t hang onto it long, though. By Benton Smith