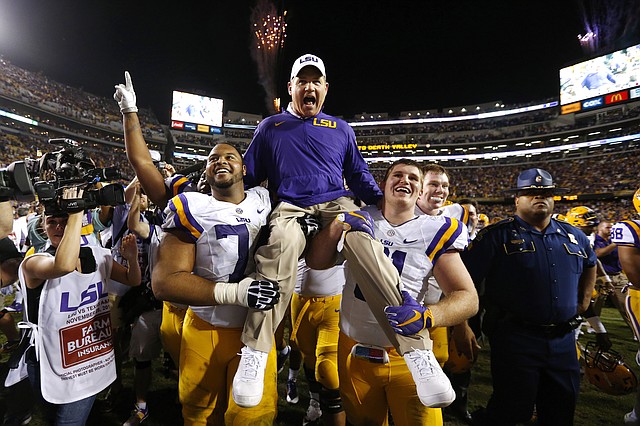 While Les Miles is in the early stages of rebooting his football coaching career at the University of Kansas, this weekend served as a reminder of how important Miles was for the LSU program. By Benton Smith

Once everyone officially learned Sunday afternoon that Kansas athletic director Jeff Long was searching for a new head football coach to replace David Beaty, Long used the power of social media to divulge some details about what he’s looking for in a candidate. By Benton Smith

The early scouting report that I received on first-year Kansas athletic director Jeff Long included high marks for hiring football coaches in stealth fashion, so don’t necessarily take his decision not to fire David Beaty after the coach’s egregious mismanagement of the overtime loss to Nicholls State as inaction on the AD’s part. By Tom Keegan