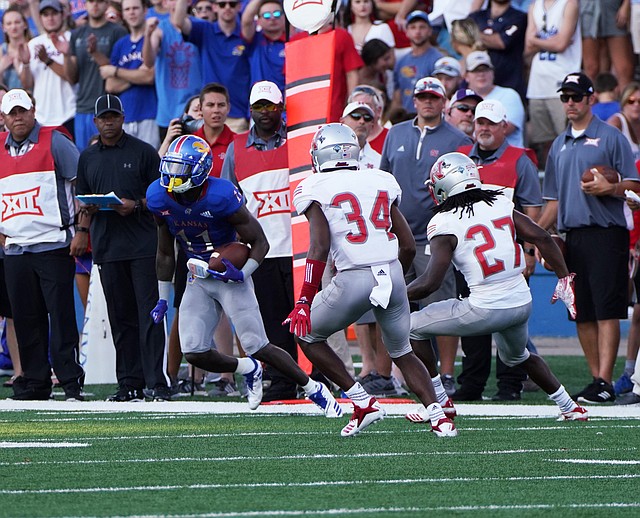 The play happened early in the second quarter of his team’s season opener, with more than 43 minutes left in regulation. All the same, Kansas senior receiver Steven Sims Jr. had a hard time forgiving himself for dropping what looked like a sure touchdown in the end zone. By Benton Smith