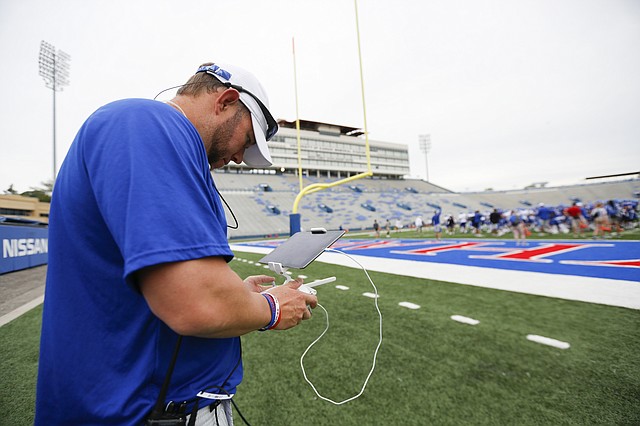 When Kansas football coach David Beaty fired his team’s second-year offensive coordinator, Doug Meacham, during the Jayhawks’ bye week earlier this month, the move opened up a spot for a full-time assistant on the staff. Beaty said Tuesday during his weekly press conference he used that opportunity to promote Jeff Love, already working for the program as its director of football technology. By Benton Smith