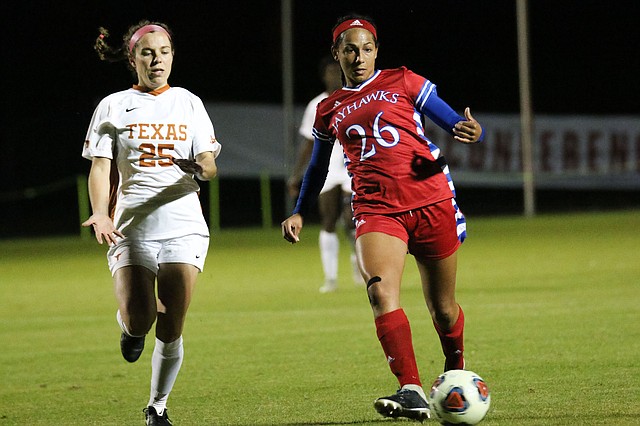 One of three Jayhawks to be named to the All-Big 12 teams on Tuesday, Kansas soccer senior Addisyn Merrick was named the Big 12 Defensive Player of the Year