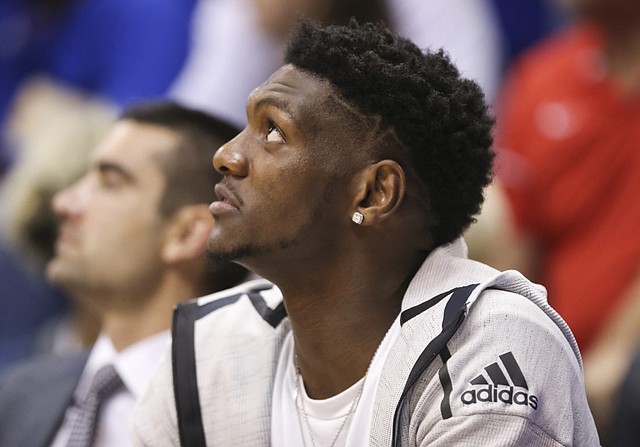 A Douglas County District Court judge on Tuesday ordered former University of Kansas basketball player Silvio De Sousa to stand trial in an aggravated battery case that stems from a 2020 incident outside a bar in downtown Lawrence in which he is accused of hitting a man who later lost vision in his eye.