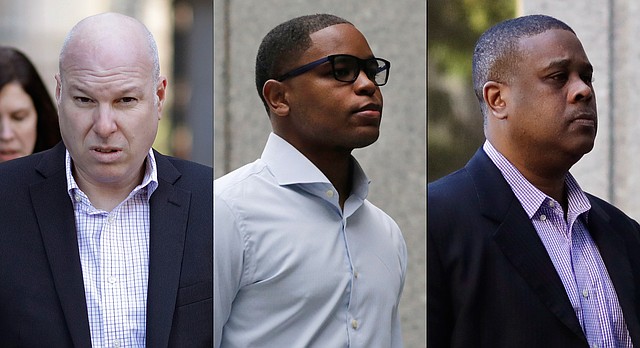 Attorneys for three men convicted of providing payments from Adidas to steer high-profile college basketball prospects to specific universities have filed an appeal of their sentences, according to a Wednesday report from ESPN.com.

The University of Kansas wants the three men convicted of fraud in the college basketball corruption trial to pay more than $1 million worth of restitution to the university, according to a document filed in the U.S. District Court for the Southern District of New York on Tuesday.

An Adidas executive and two other insiders from the high-stakes world of college basketball recruiting were convicted Wednesday in a corruption case that prosecutors said exposed the underbelly of the sport.