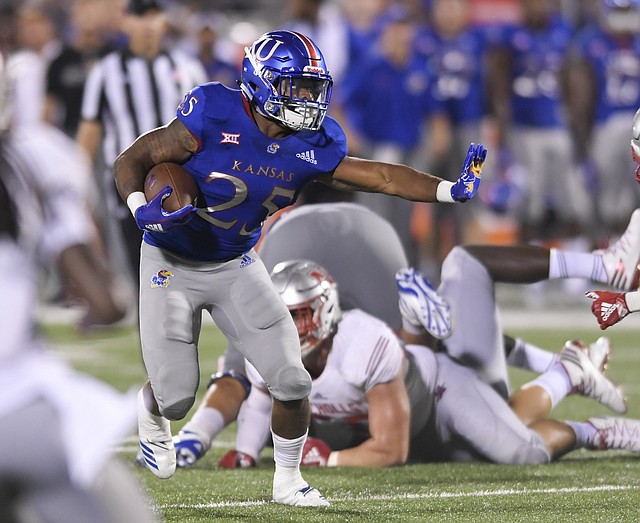 It seems a safe assumption that the Jayhawks’ running game will feature heavily in Les Miles' offensive plans this season. Senior running back Khalil Herbert deduced as much long before he ever saw even a single page out of KU’s new playbook. By Benton Smith

When Kansas running back Dom Williams first learned, days before the season’s conclusion, that Les Miles had been named the football program’s new head coach it admittedly caught the sophomore off guard. But the more he let his mind soak in the idea of playing for Miles at KU, the more Williams liked it. And, Williams revealed, it’s a reality all of the program’s running backs are ready to experience. By Benton Smith