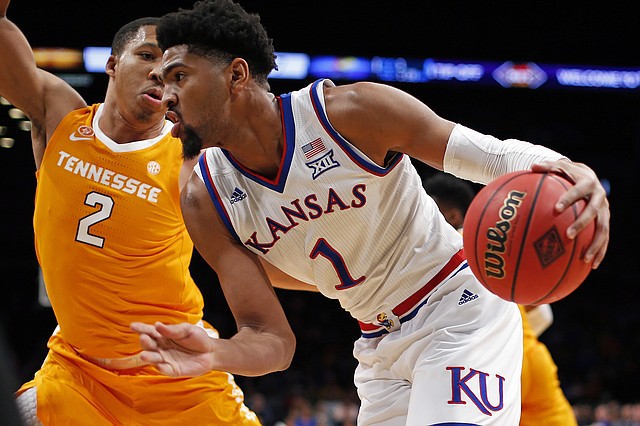 In terms of his NBA potential the knock on Dedric Lawson always has centered around his athletic abilities and whether his relative lag in that area would keep him from competing at basketball’s highest level. And while those concerns may still exist for some, at least a couple of analysts think Lawson’s basketball skills and acumen should help him get drafted and make an NBA roster. By Benton Smith

The list of available scholarships for Bill Self and the Kansas men’s basketball program grew to three on Monday morning, when KU junior Dedric Lawson officially announced his intention to declare for the NBA Draft. By Matt Tait

After posting a pair of double-doubles in New York last week, Kansas junior Dedric Lawson earned Big 12 player of the week honors for the second time this season, the Big 12 announced Monday. By Matt Tait

New York — Their pick-and-roll might not have been as vicious at 3 feet tall as it is today at 6-foot-9 and 6-foot-7. But Dedric and K.J. Lawson sure are glad to be back out on the court together making plays for their team. By Matt Tait