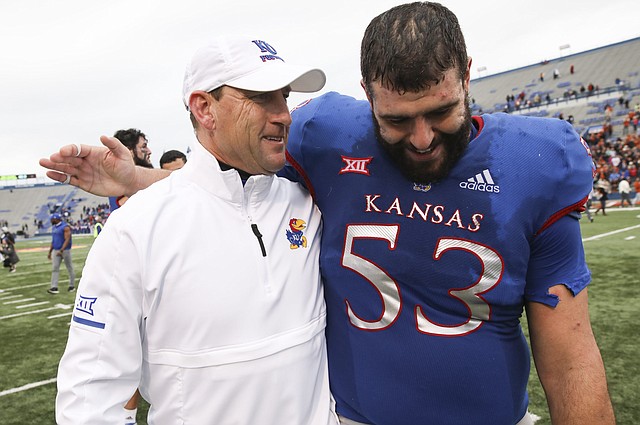 Former Kansas football coach David Beaty hasn’t traded in his crimson and blue gear for burnt orange. But, according to Texas head coach Tom Herman, Beaty, who spent his final days with the Jayhawks preparing to try and defeat the Longhorns, now will at least play some small part in helping them out. By Benton Smith