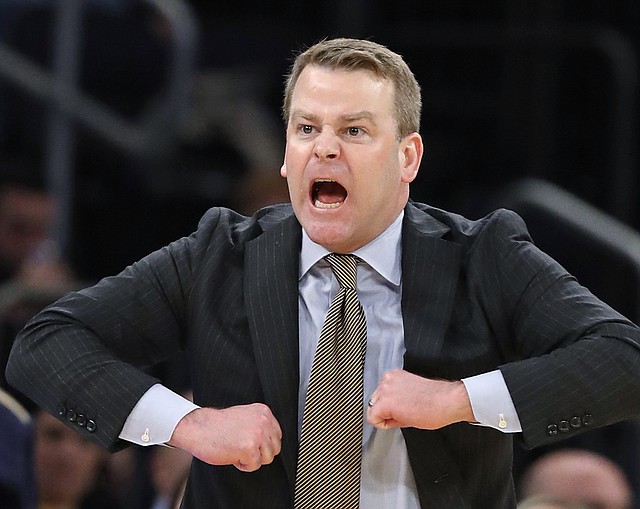 New York — Raised in the tradition-rich Duke basketball program, Marquette coach Steve Wojciechowski is well aware of what life as a blue blood feels like. And this week, the man Duke fans lovingly called “Wojo” is on the other side of it. Before his Marquette Golden Eagles hit the road to face second-ranked Kansas in the semifinals of the NIT Season Tip-Off at 6 p.m. Wednesday at Barclays Center in Brooklyn, Wojciechowski offered up his thoughts on the Jayhawks past and present. By Matt Tait