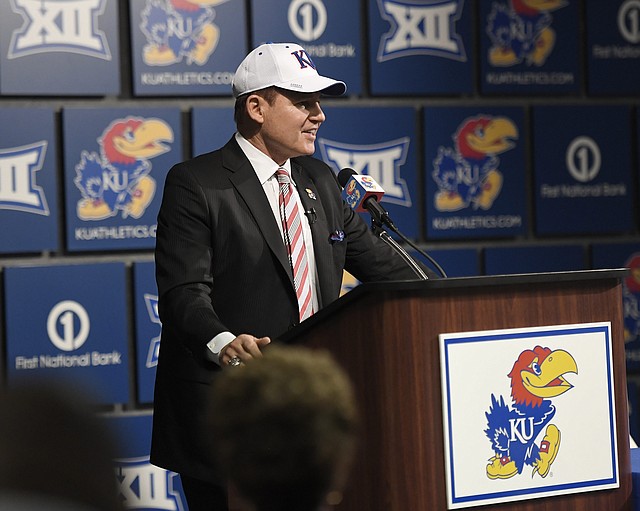 On a busy week for staffing moves, highlighted by the hiring of offensive coordinator Les Koenning, Kansas football coach Les Miles capped it off by announcing the addition of five new employees.

'It's like a dream come true': Jayhawks excited for future under Les Miles

It’s safe to say the excitement and buzz that accompanied this past weekend’s news of Les Miles taking over the KU football program was prominent throughout Anderson Family Football Complex, as well. By Benton Smith

A Kansas football program mired in a decade-long spiral that led to national irrelevance and growing local indifference now has a head coach charged with, as the man hiring him would say, breaking that cycle. So long, Louisiana. Les Miles is headed to Lawrence. By Benton Smith