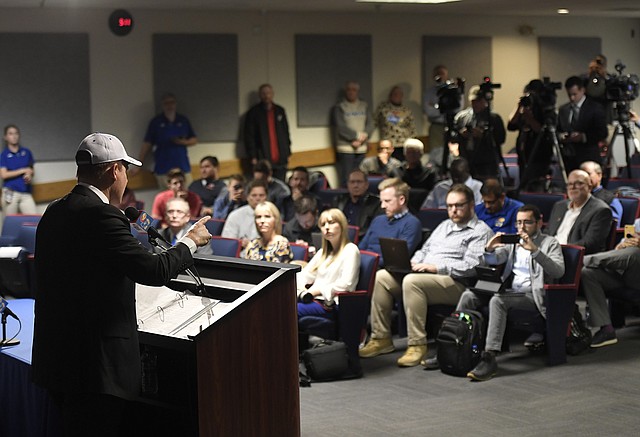 What people are saying about Les Miles

The University of Kansas football team has found its new head coach. Les Miles was introduced as the program's 40th head coach in team history Sunday afternoon. Miles brings to Lawrence 142 victories, a BCS national championship and two SEC titles in 15-plus seasons as a head coach, the most career wins of anyone who has coached football at Kansas in the modern era.